I. Intro
With breakout rooms, you can use the group visibility meeting mode in diverse online scenarios such as corporate training, group interviews, and daily meetings. Different chat rooms do not disturb each other, thus promoting more focused discussions. You can create several breakout rooms in a single meeting. This eliminates the need for multiple meetings, resulting in higher efficiency.
Note: Only Lark users who have purchased the enterprise edition can use this feature. At least version 4.5 of the desktop client, mobile app, or iPad app is required. Only hosts can create and manage rooms, move participants to different rooms, or switch among different rooms. Other participants cannot leave or switch rooms themselves. Participants must use at least version 4.5 to be assigned to a room, otherwise they will only be able to stay in the main room.
II. Steps
Create a breakout room
On the desktop client, the host clicks ... > Breakout rooms in the control bar during a meeting to display the breakout rooms pop-up window. 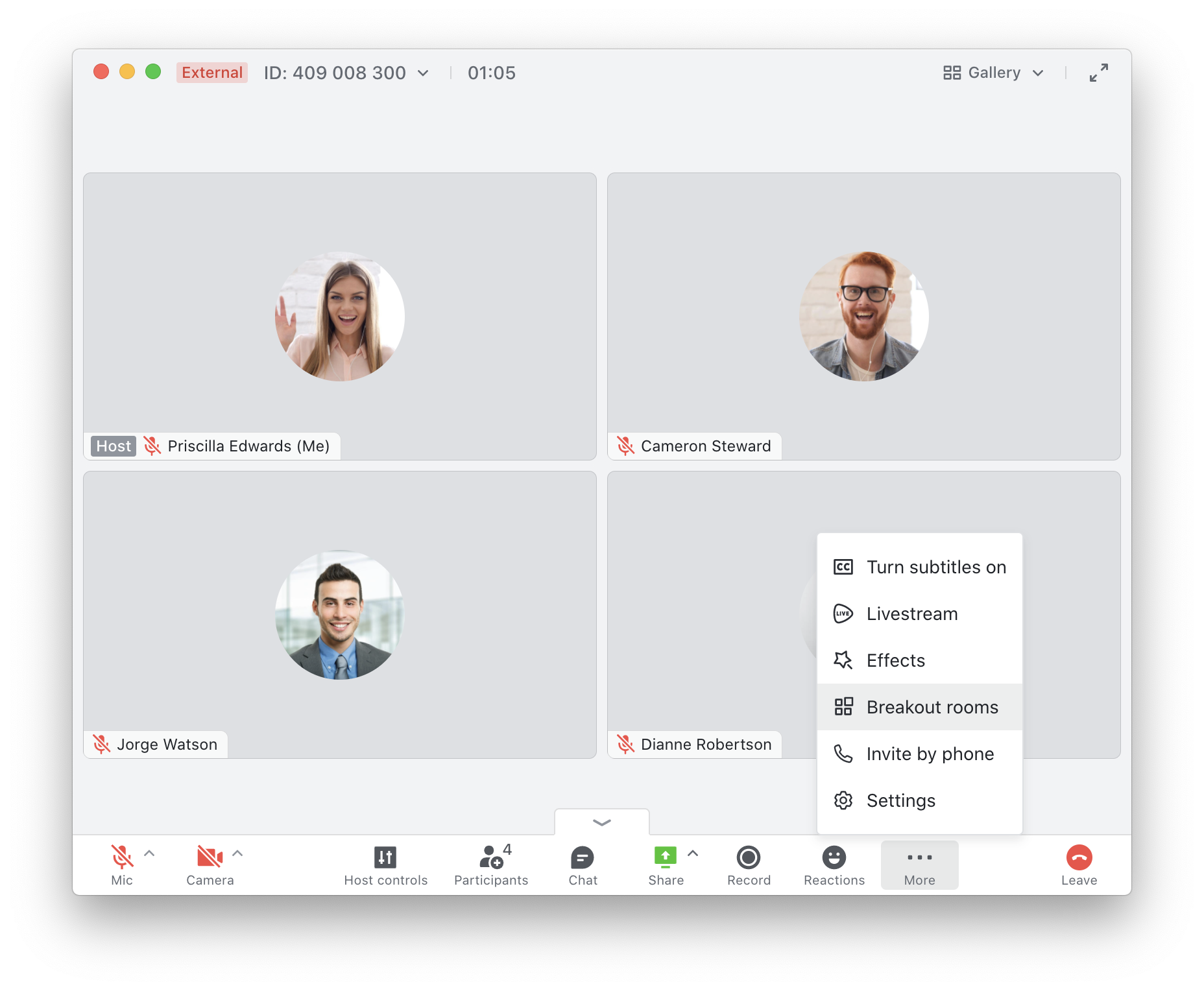 Note: Breakout rooms can only be created and turned on using the desktop client.
In the pop-up window, the host can set the number of breakout rooms, and assign participants to different rooms by selecting Assign automatically or Assign manually. Click Next to create a new room. 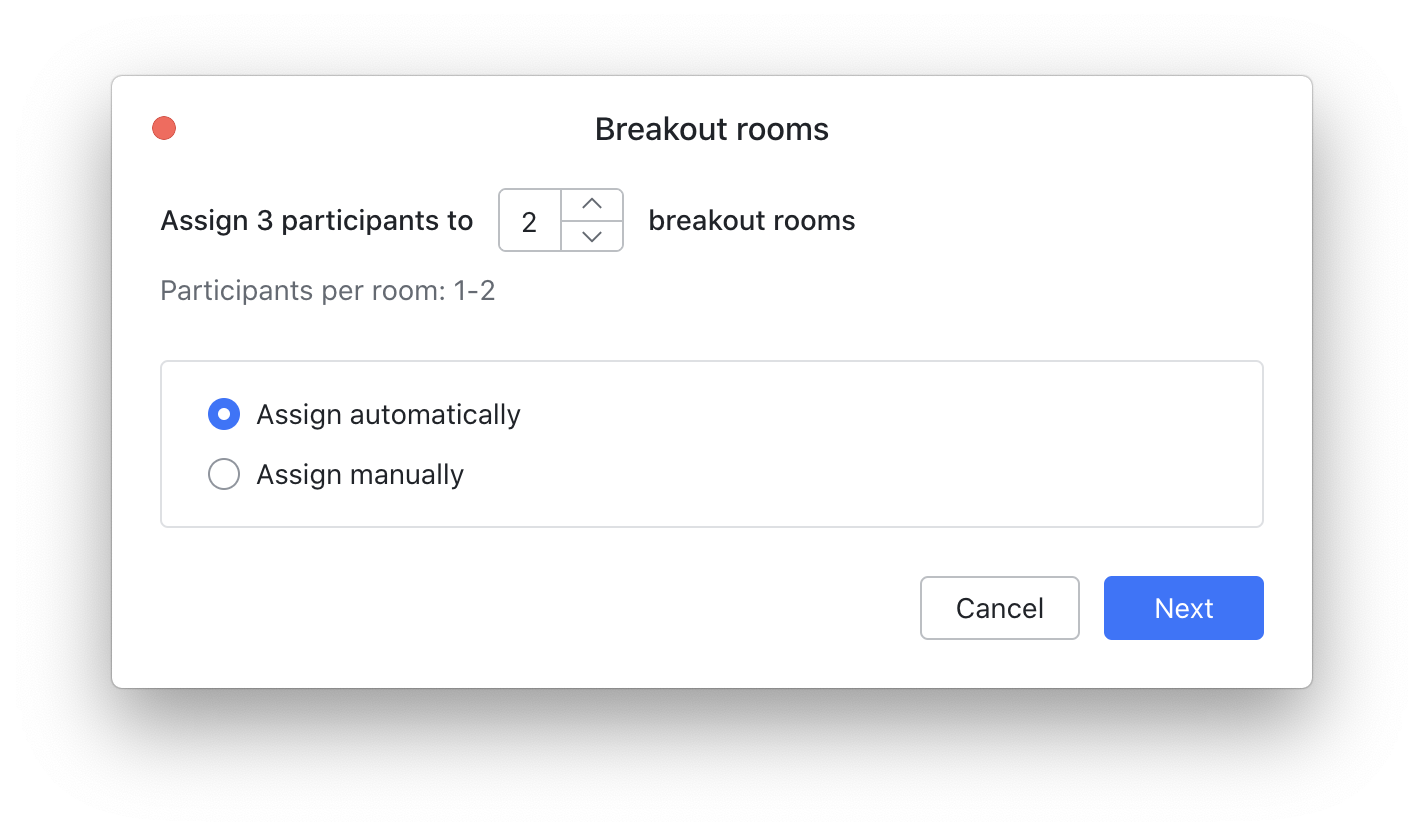 Before a breakout room officially starts, the host can modify room names and add or delete rooms in the breakout rooms panel, and move participants to other rooms, or leave them to be assigned (in the main room). After the rooms are configured and participants have been assigned, click Open all rooms.

Participants can hold discussions in the rooms, but cannot leave on their own. Only the host can join or leave any room at any time, and move participants to other rooms. 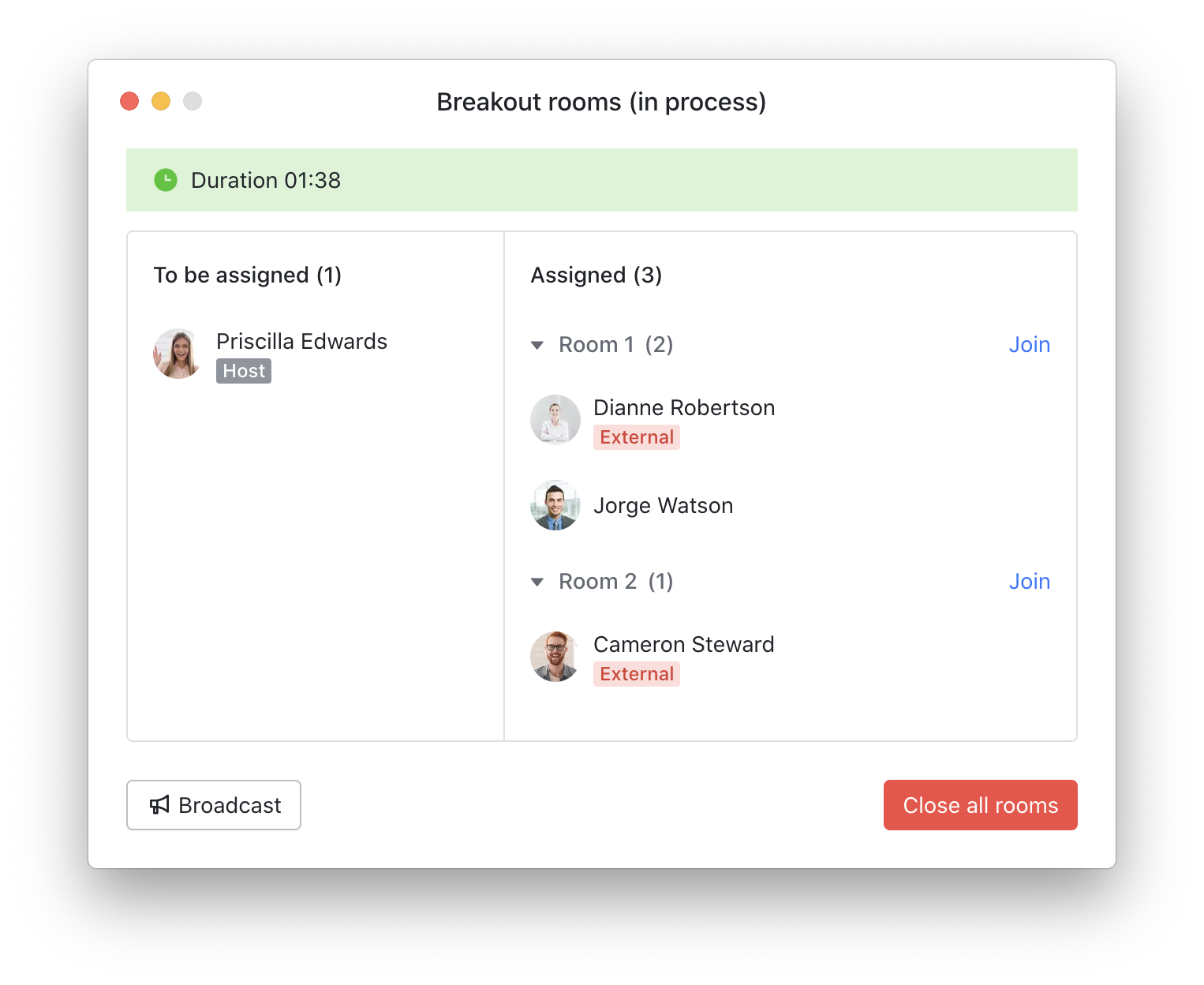 Note: When breakout rooms are in progress, the host cannot add or delete rooms, or modify the names of rooms.
Click Broadcast in the lower-left corner of the breakout rooms panel to send a message to all participants. 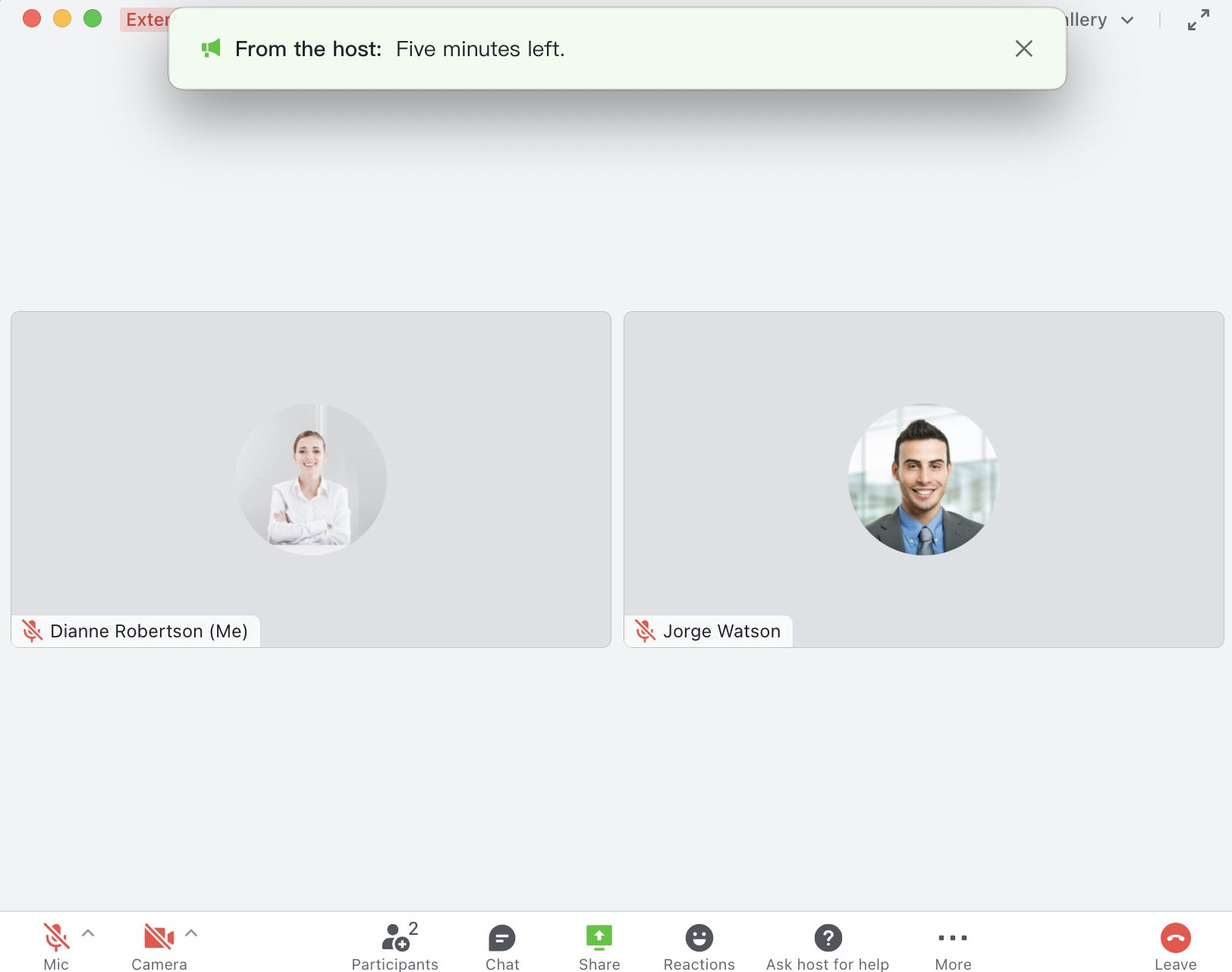 When participants are not in the same room as the host, they can click Ask host for help to invite the host to join the room. 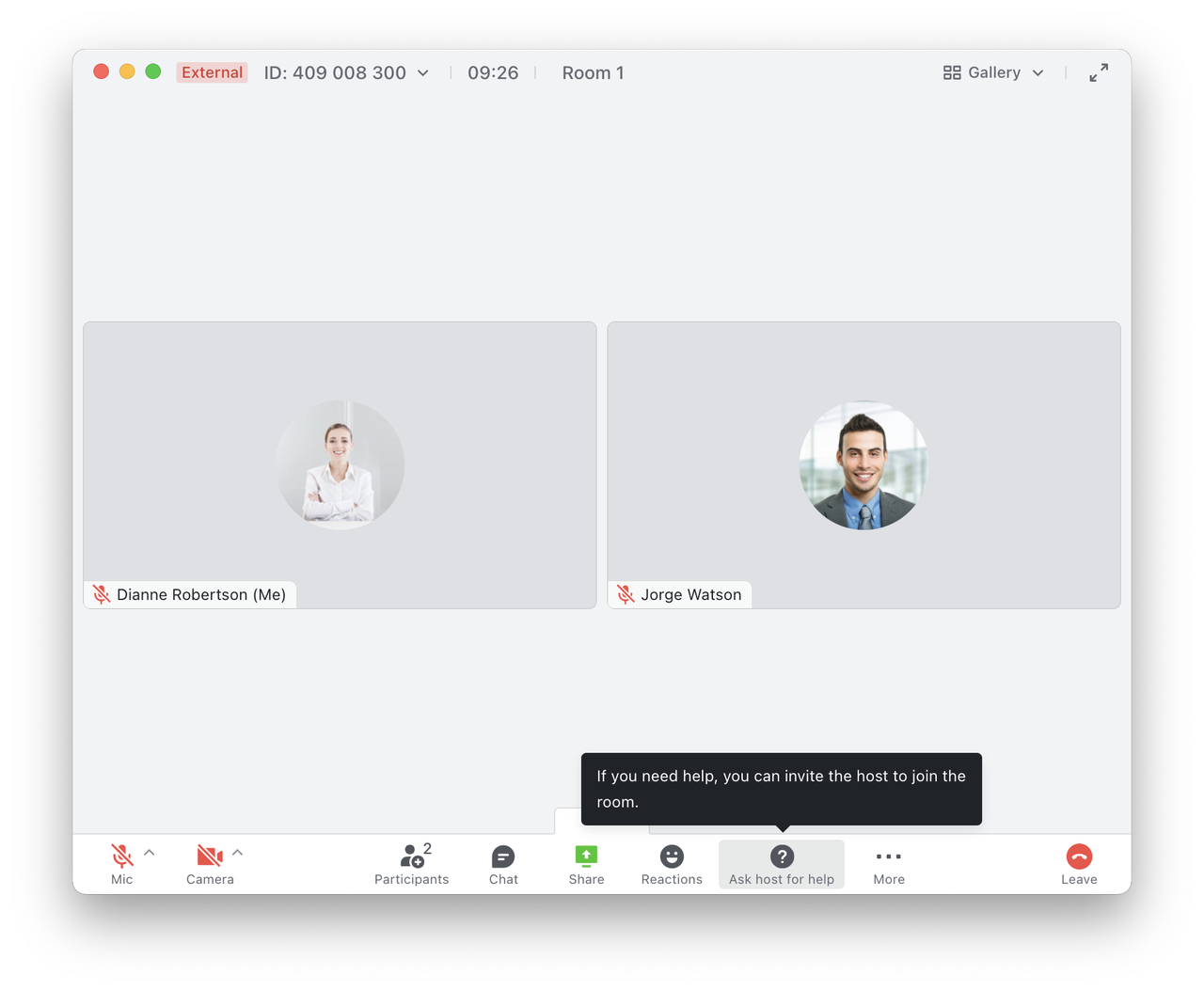 After the request has been sent, the host can select Join room to provide assistance or Dismiss to remain in the main room, or the room that he/she is currently in.

After the host has joined the room and provided assistance, he/she can click Leave room in the lower-right corner to return to the main room. 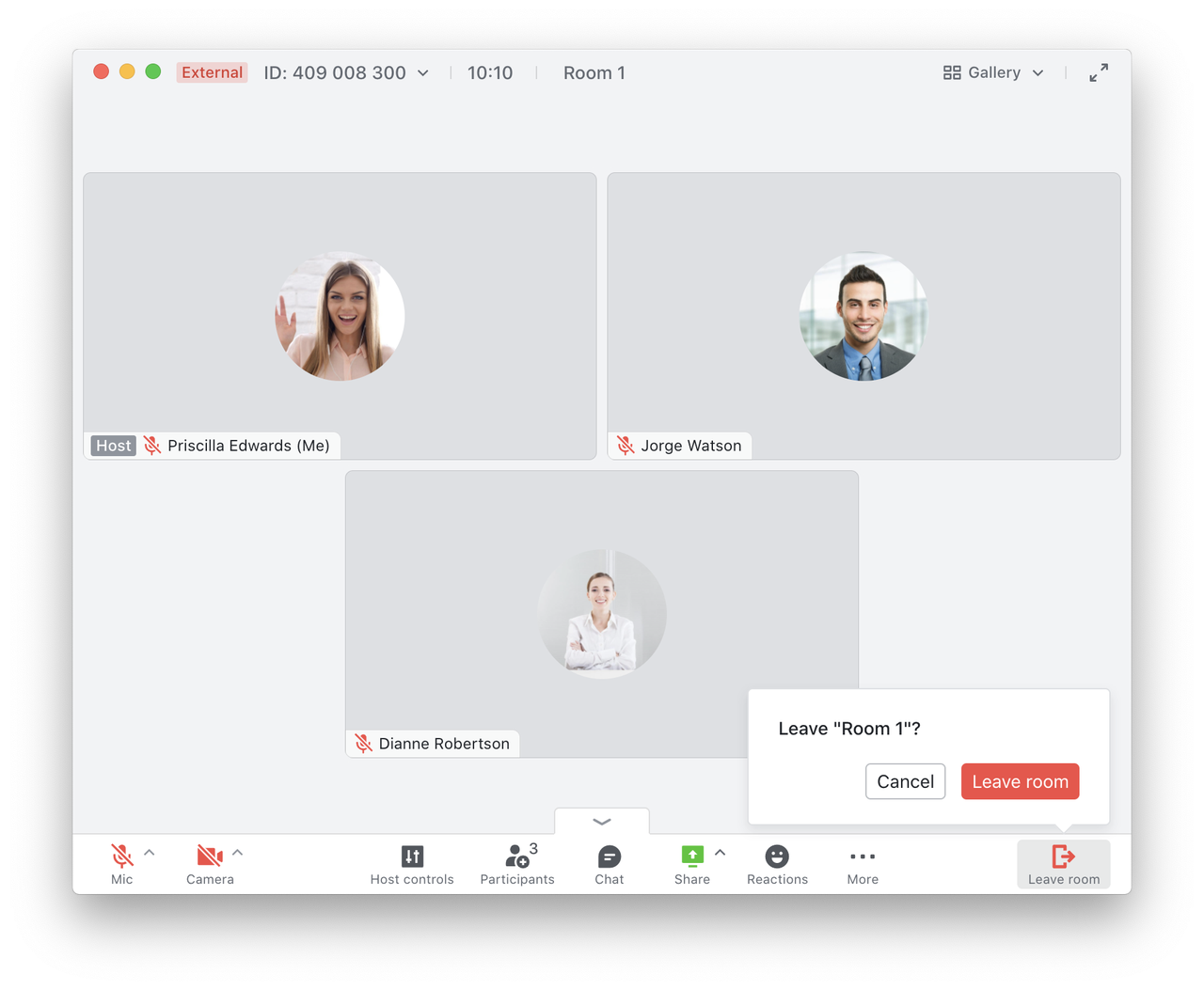 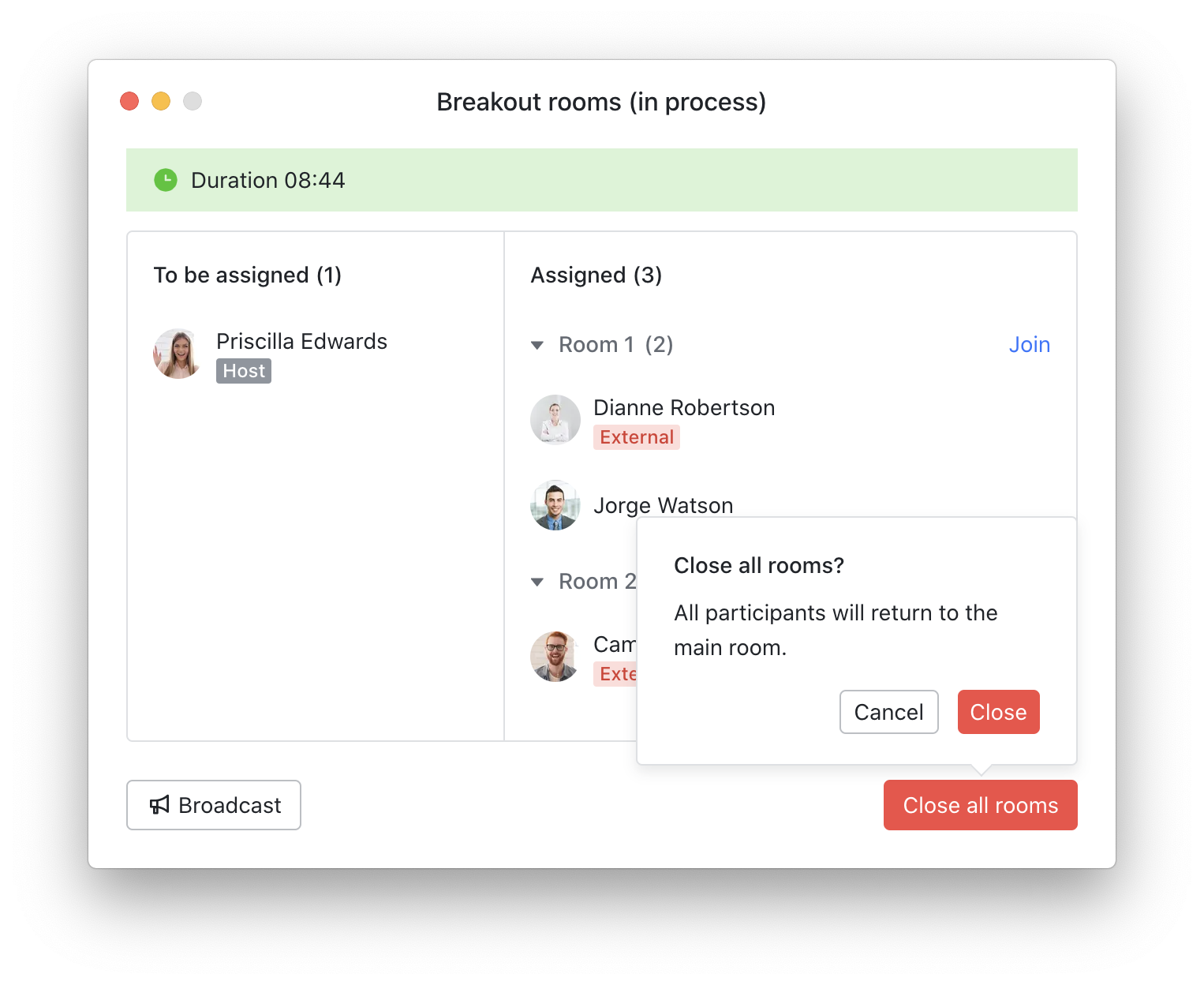 All participants in the breakout rooms will receive a notification, and they can choose whether to stay in the current room or return to the main room before the 60-second timer ends. 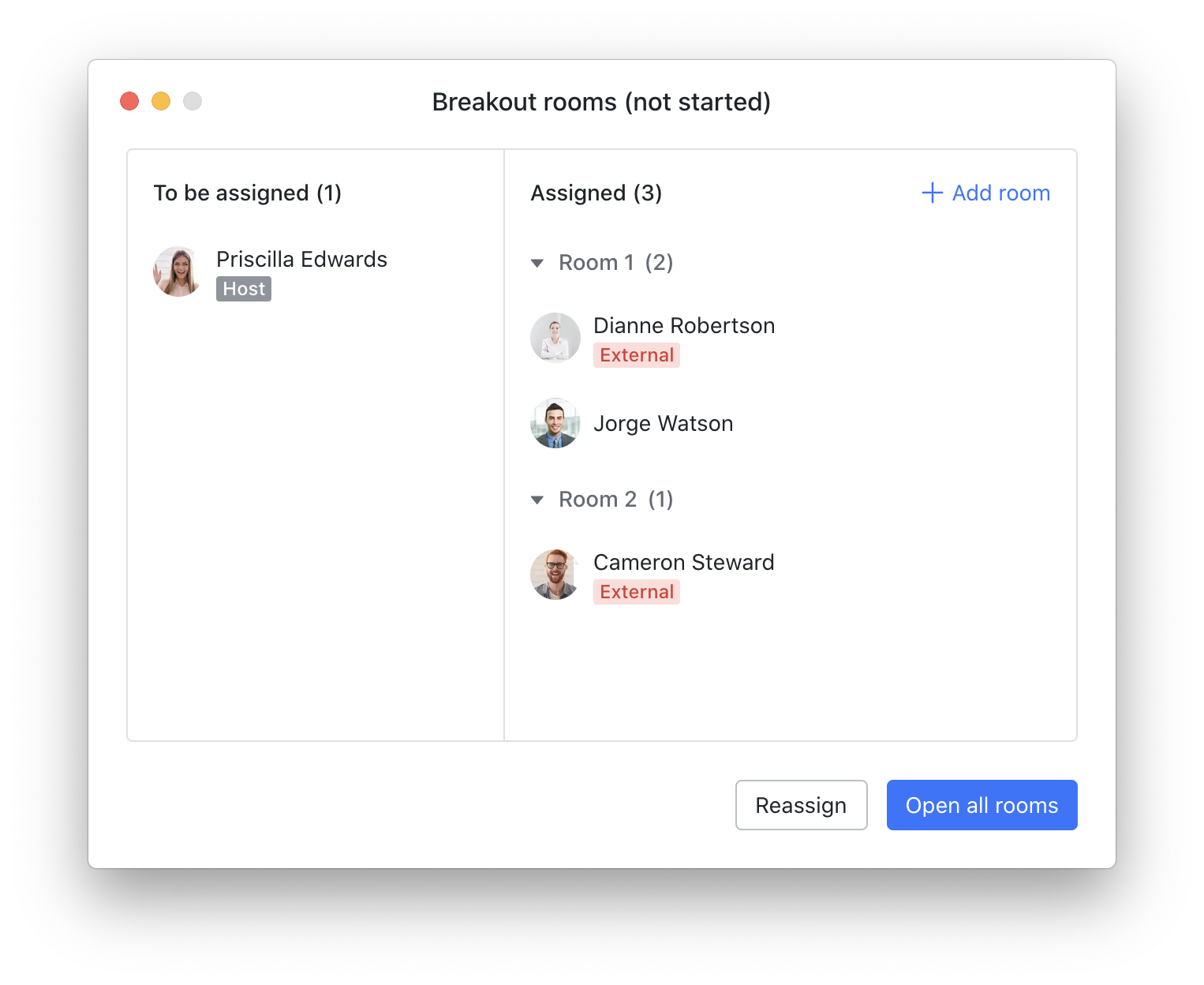 III. FAQs
Can I record in breakout rooms?
You can currently record in the main room, but not in the other rooms.
Can I start a breakout room during a livestream?
No, this feature is not supported at this time.
If the host leaves a meeting, or sets another participant as the new host, will this affect the group meeting?
If the new host uses at least version 4.5 of the Lark desktop client, the meeting will not be affected.
How many rooms can I create for each meeting? Does each room have a maximum number of participants?
A maximum of 50 rooms can be created for each meeting. The number of participants in a single room is not limited.
How many people can simultaneously participate in a breakout room?
A maximum of 500 people can simultaneously participate in a single meeting. If the number of participants is already over 500, breakout rooms cannot be turned on. If breakout rooms are already turned on, the 501st person will not be able to join the meeting.