💡Note: This function is still in beta. Please contact support to activate it.
I. Intro
Administrators can set navigation bar layouts for up to 20 user groups.
II. Steps
1. Create user groups
As an administrator, go to the admin console and click Organization > User Group > Add user group to create a new user group. 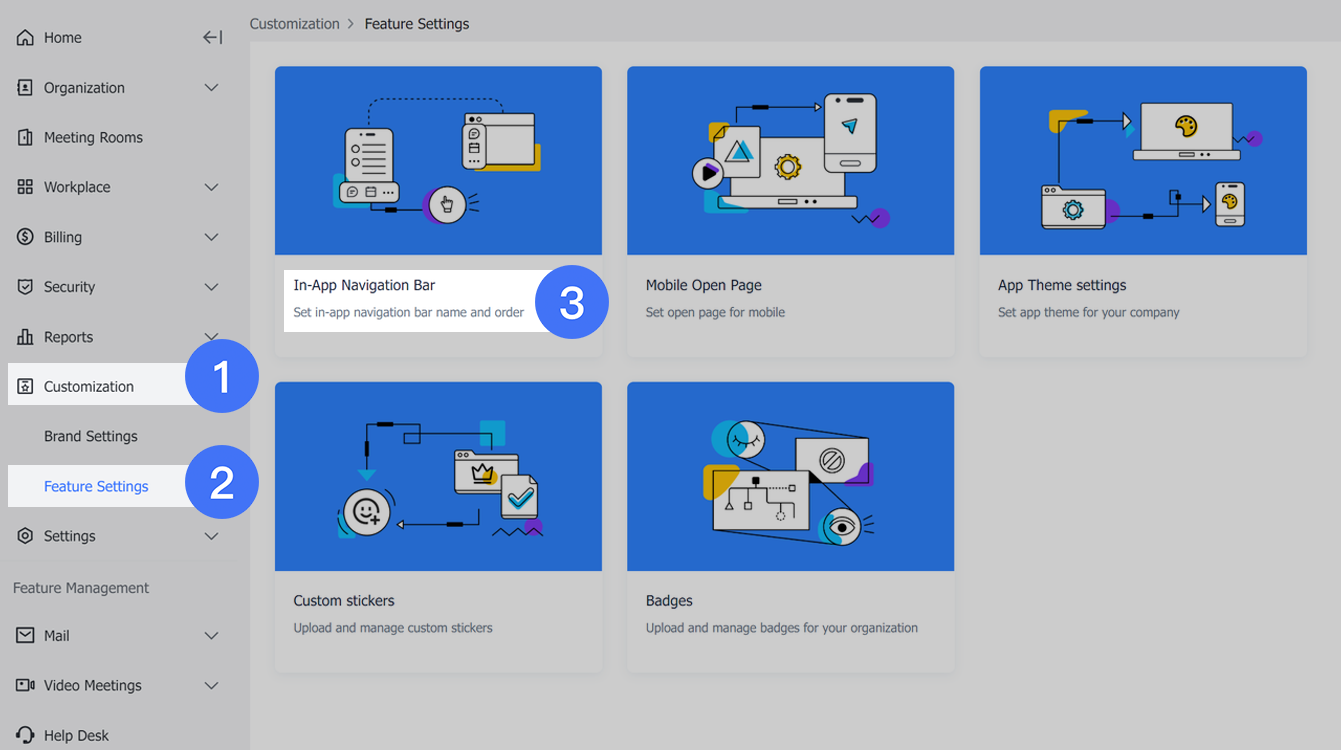 Click Mobile or Desktop. Then, go to Customize by user groups > + User Groups. Then, select the user groups for which you want to customize the navigation bar. When you are done, click Next. 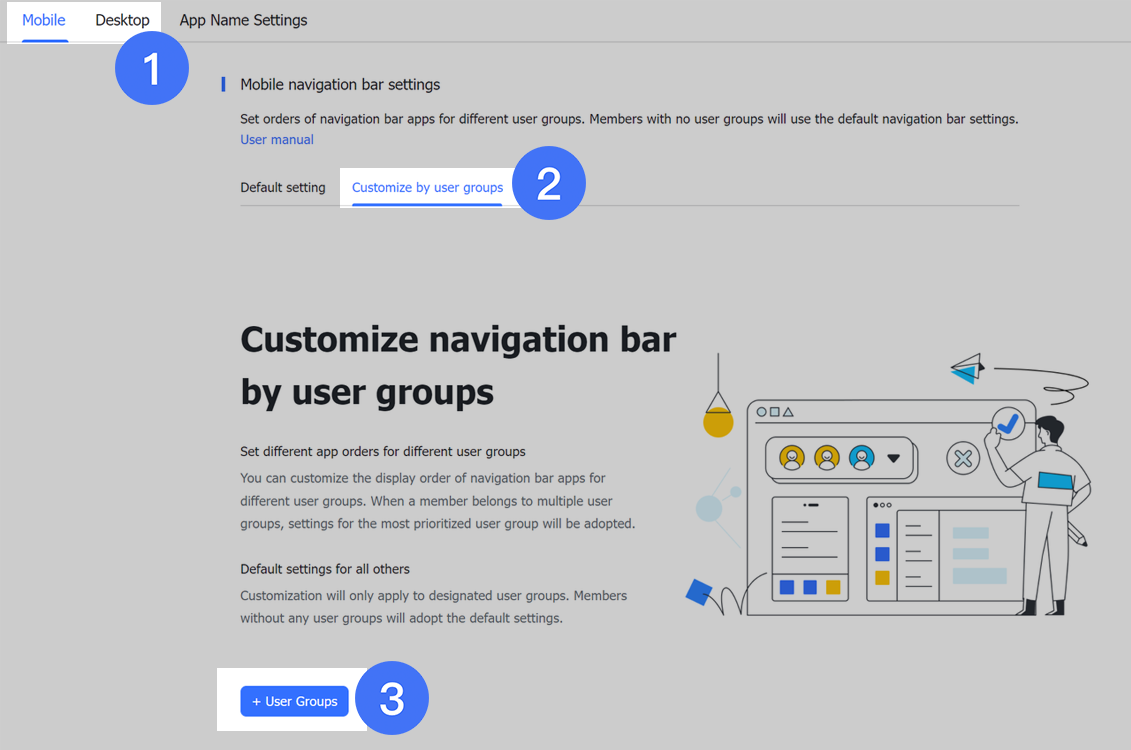 3. Set user group priorities
Press and hold the ⋮⋮ icon next to a user group and drag and drop the group to change its priority ranking. User groups higher on the list have higher priority.